2021 marks Oregon’s second online national fair after COVID-19 forced the event to a virtual platform in 2020. This year’s Cloud Fair features another virtual interactive platform, live broadcasts and an in-person Twilight Market in conjunction with the Eugene Saturday Market.

“Everyone knows we all want to meet, hug and spend time on the pitch and in the camp,” says Chris Calef, who designed Fair’s interactive m8trix. “That’s what makes it really fun. This is just one more way of trying to fill part of this gap.

The m8trix is ​​an interactive 3D computer version of the Fair in which participants can don an avatar, virtually walk the famous “8” shaped path of the Fair and even virtually meet old friends.

In the meantime, Fair has grown in new directions. With last year’s Fair in the Clouds coming out of just eight weeks of preparation, those involved in the event have more time to plan this time around.

Sean Cummins is the manager of KOCF 92.7 FM, the Fair’s community station. He says it’s “pretty cool” to see community members working together to make sure the Fair takes place, whether in person or virtually.

“Everything is motivated by volunteers,” he says, “and that’s really a beautiful thing. Not even just for Fair stuff, but in general when people come together around a common interest – or a passion or a hobby or whatever it is that brings them together – and build something. together I think that’s a really cool thing.

Operations manager Crystalyn Frank says she feels lucky the community is willing to help organize the fair, especially since it only has seven paid staff. “This translates into the ability of these amazing volunteers to devote countless hours, time, energy and creativity to finding a way to ensure that this connection and this community can still exist,” she says.

The Calef m8trix is ​​part of this community commitment. Show attendees will also be able to participate in various live streams and workshops.

The most recent segment of these events is the Diversity, Equity and Inclusion (DCI) Fair workshops – featuring groups like the Lane East Asian Network and TransPonder. Brooks McLain, a member of the diversity committee, said the fair has strived to become a more inclusive and welcoming space over the past five or six years, but these discussions have accelerated since the murder of George Floyd in 2020. In 2017, Native American groups protested against the planned increase of a culturally appropriate “pole of history”.

“The fair thought it would be a good idea,” McLain said of the workshops, “as we work to make our fair more inclusive – especially for the people at BIPOC – that we give people education and skills. tools so they know why it’s happening and what we’re trying to accomplish and also be part of that change.

McLain says the DCI panels are part of a larger effort to increase representation among artisans, artists and show attendees. Although the workshops are largely aimed at the Fair community, they address broader systemic issues. “There is something for everyone, really,” they continue. “So I would encourage people to go online, for sure. “

Frank describes the Fair as a “party with a purpose” – both in the community it brings together and in its philanthropic mission.

Diane McWhorter, performer at both the fair and the Saturday market, says the community element was more ongoing for her than most, as she still saw the people at the Saturday market on a regular basis. She sees the partnership between the two groups – as well as the new partnership between the Fair and Alluvium, an Eugene church and community space in the Whiteaker, which will serve as the Fair’s live broadcast site this year – as another. example of community-building.

“It’s just another way for the community to grow from the interaction of people working together on something new,” she says of the Alluvium partnership.

The Saturday market will also screen a live broadcast of the fair so that attendees can come together for an evening watch.

Although 2021 will likely be the last year of Fair in the Clouds, as more people get vaccinated against COVID-19, Cummins and Frank say they hope to continue using the fair’s online platform. to increase accessibility and open new doors for the community fair in the future.

Fair in the Clouds will take place July 9-11. For more information, visit OregonCountryFair.Org.

Previous Will Starbucks inventory increase as the recovery continues? 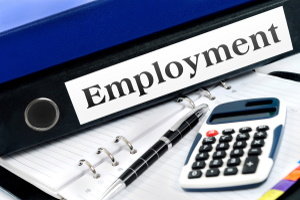