Cox: Wall Street is back – and absolutely booming

The New York Times reported that about 1,900 track teams in the United States, many at higher education institutions, still bear derogatory or racist Native American names. At a time when these institutions and their sports teams are being asked to reconsider their Indigenous mascot – or better yet, have decided to take it down on their own – the University of Miami is an example of how this difficult decision can actually be. serve as an opportunity to create or strengthen relationships between colleges and tribal nations.

Until 1996, the University of Miami was one of the institutions that used a derogatory term for our athletic mascot. We understand the challenges that come with changing an identity that has been around for decades and has been ingrained in the experiences of thousands of students, but true leaders know that doing what’s right isn’t always easy. Over the past five decades, the University of Miami and the Miami Tribe of Oklahoma have forged a partnership that is built on a foundation of personal openness and trust, we have been able to create a relationship that is not only mutually beneficial. , but also in which each of us feels we are getting the most out of the case. This relationship is authentic to the institutional principles on which the university was founded and representative of the values ​​that the tribe and the university seek to uphold.

The two of us who wrote this essay grew up in a time when racist mascots weren’t questioned and had been normalized by society. The “Indians” were the mascot for Doug’s high school as well as the professional baseball team in Cleveland, near Greg’s hometown. When the chief of the Miami Forest Olds tribe visited the University of Miami in 1972, starting an almost 50-year relationship, university officials asked for the tribe’s permission to continue using their mascot. The tribal leaders agreed.

However, as relations between the two entities developed, the tribe formally requested, in 1996, that the university change its name. The University of Miami Board of Trustees voted to change our mascot to “Swoop” the RedHawk out of respect for the sovereignty of the Miami Tribe of Oklahoma and in recognition of the bonds we had worked hard to forge near. 25 years earlier.

The process was not transparent. The university has received a significant setback from our alumni, but the decision to change was, without a doubt, the right one. The removal of the name and mascot allowed the relationship to expand into new areas not previously explored.

In 2001, the university and the tribe collaborated to launch the Myaamia Project to advance the Miami Tribe’s linguistic and cultural revitalization effort, ultimately deepening our partnership in learning. This new initiative was a direct response to decades of national politics and historic events that have significantly hampered the Miami Tribe’s ability to preserve their most precious resource, language, and culture. The project started with one employee and has since evolved into the Myaamia Center, which today employs 16 dedicated people, including its Executive Director, Daryl Baldwin, who received a MacArthur Fellow “Genius” Fellowship for his research and leadership in revitalization of the myaamia language.

The last speakers of the myamia language died in the middle of the 20th century. The work of the Myaamia Center is to use archival material to revitalize and teach the Myaamia language and culture in the tribal community and to share this information on campus. The field of archival-based research for revitalization is still relatively new among Indigenous communities, and the Myaamia Center has therefore capitalized on the resources of the University of Miami to help develop this work.

When no software existed to support this effort, the Myaamia Center partnered with Miami University Computer Science to create a suite of software to organize, analyze, and ultimately teach the language. Today, work has expanded to include supporting the revitalization of other aspects of the Myamia knowledge system by teaching Myamia history, ecology, and a variety of civic topics that instruct members. tribals on today’s tribal nation. An important result of this work has been an increase in academic achievement when language and culture are implemented as part of the learning experience of tribal youth. Prior to this linguistic and cultural revitalization, the graduation rate of tribal youth on the University of Miami campus was 44%, while today we enjoy a growing population of tribal youth on campus and ‘a graduation rate of almost 90%.

In 2017, we created the Myaamia Heritage logo, which refers to Myaamia’s traditional art form, the ribbon, symbolizing the tribe, the university and our partnership. The creation of this logo reflected the interconnectivity of the tribe and the university. It took time, collaboration, and very deliberate attention not to appropriate the culture of the tribe, but rather to create something that feels meaningful and authentic.

As many institutions today struggle with their own legacy of divisive and inappropriate symbols, we offer these lessons from our nearly 50 years of relationship building.

Truth and reconciliation. Studies show that race-based mascots encourage harmful stereotypes. Among other things, they present Native Americans as relics of the past rather than full citizens in the present. They do not refer to any particular tribe, and overly generalized symbols are collected from items associated with Native Americans, such as feathers, spears, and tomahawks.

The National Congress of American Indians, the American Psychological Association, and the American Indian Education Association are all urging a change in race-based mascots. Recognizing the equality and dignity of others means that they are empowered to choose both how they will be called by others and how that name might be used. This is the first step towards unity.

For the Myaamia community, this empowerment has fostered a community revitalization movement, the impacts of which have been shown to have significant impacts on connectivity, sense of identity and the desire to ‘give back’ both at the individual and community. Today, the educational research and development work of the Myaamia Center is implemented in tribal community education programs, including week-long summer programs for Myaamia youth, culture-focused classes and myaamia knowledge for University of Miami students and online education for Myaamia. community across the country.

Personal investment. This partnership was born out of the mutual respect and empathy of individuals who made the effort to know and understand each other – starting with Chief Forest Olds and University of Miami President Philip Shriver in 1972 and continuing through the many Chiefs and Presidents who came before us and now ourselves. In addition to our collaborations and formal statements, we fuel the fire of our relationship with continued commitment and a steadfast determination to create shared experiences. For example, Greg and some 500 students, faculty, alumni, and staff have attended the Miami Tribe’s Winter Stomp and Story Telling events in Oklahoma over the years, and Doug and other tribal leaders frequently visit the campus. to see the work of the Myaamia Center, connect with Myamia students, and engage the University of Miami community through class visits and sporting events.

Institutional investment. The two entities have invested significant resources in the partnership, demonstrating a commitment to justice, solidarity and the common good. The relationship is really special. The tribe directs the work of the center and maintains exclusive control over the language and the cultural products it produces. This necessary approach has enabled the center to work in a way that truly benefits the tribe.

In return, the tribe has shared the abundance of their cultural knowledge and values ​​to ensure that together we provide an authentic education and experience on campus and beyond. Leaders must have the courage to act boldly and the wisdom to educate effectively.

Shared vision. The term Myamia neepwaantiinki – “learning from each other” – defines our ever-expanding relationship. It is the foundation of our frank dialogue, of our energetic research and scholarship, and of our creative endeavors to elevate unity in diversity and diversity in unity. Learning takes place through a program that covers the history, culture and language of the tribe; during special events and activities that showcase our partnership; and in countless personal meetings between students on campus.

We are equal partners in a project where both parties benefit, never one at the expense of the other. It is, among other things, an arena where you get used to successful encounters with others who are different, wherever you are.

University and tribe are now united and prove that we can thrive when a relationship evolves into a platform of mutual respect and inclusion. We have gained national recognition for our work. The tribe received the Honoring Nations Award from the Harvard Project for Myamia Eemamwickiki, The Awakening of the Myaamia Language and Culture, in 2018, and the Myaamia Center received the Ken Hale Award from the Society for the Study of the Indigenous Languages ​​of the Americas for outstanding community language work in 2019. Yet we know that the quest for fairness and equality is an organic evolution, not a race with a finish line. Together, we look forward to future collaborations and the benefits of this partnership for ourselves, our institutions and our society.

We urge all who have yet to drop their native mascots – those damaging relics – to join us. When the name calling stops, friendship can flourish and we can all learn from each other. Neepwaantiinki. 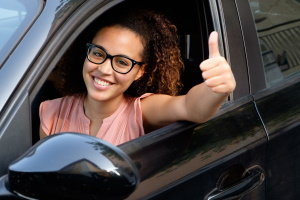